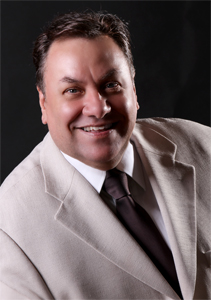 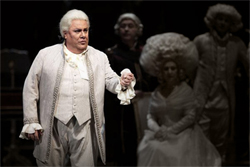 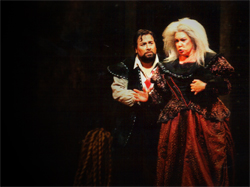 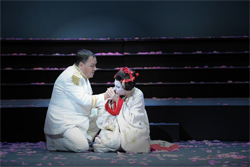 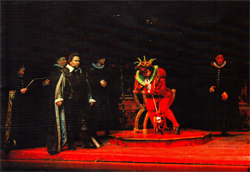 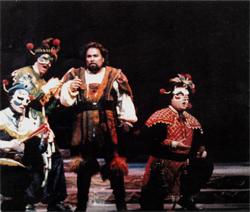 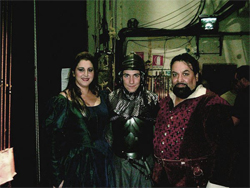 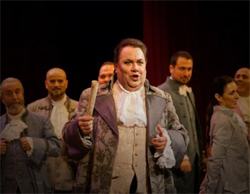 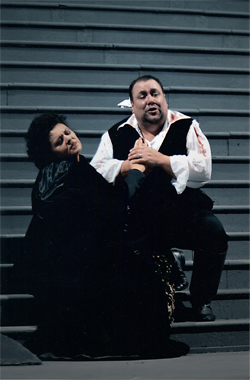 Piero made a few appearances in theater and television, such as: JBR, Tele Studio, Salotto Romano etc. His voice is strengthened in the meantime singing pop music. His lucky moment came in 1988, when Piero met the baritone Romano Piemontese who listening to him singing was so emotionated to introducehim to Maestra Liliana Pacinotti who gave him singing lessons. During his training vocal technique he met the tenor Umberto Galliani in a concert at the Accademia of Romania, Umberto Galliani introduced to him a singing teacher more suited to his type of voice, Maria Noe Negrelli

Which gave him the opportunity to perform in different tenor roles, so he started his career in the most important theaters. The first role performed was Pinkerton in MADAMA BUTTERFLY in 1991 at the Vespasian Theater of Rieti.

Piero performs in the principal theaters of the world:

“Giuliacci offered clear voice, safe and accurate in the acute and in the lower tones”

IL TROVATORE at the Opera of Montecarlo, Praga and Bucarest, in Reggio Emilia and in Modena.Afterwards he was invited by Zubin Mehta fit IL TROVATORE al Teatro Comunale of Firenze, with the same opera he performed at the Arena of Verona in a new production of Franco Zeffirelli

He was back in Arena of Verona in summer 2003 for AIDA and TURANDOT, this last operas were also performed at the Terme of Caracalla (Rome) under the conduction of Alain Lombard after in Seoul

Equally acclaimed were his recent interpretations of Calaf in TURANDOT at the Opera House of Rome, , as well as his Radames in Leipzig

At the Teatro Massimo of Palermo he sang IL TROVATORE and ANDREA CHENIER.

In Tel Aviv he performed Canio in PAGLIACCI by R. Leoncavallo directed by Franco Zeffirelli.

ANDREA CHENIER at the Teatro Verdi of Sassari.

In 2007, he performed Canio in PAGLIACCI in Tokio in a Tournèe with Teatro Massimo of Palermo

Radames in AIDA at the Arena of Verona and to the New Israeli Opera House.

Calaf in TURANDOT in Atene

He took part in a Tournèe of TURANDOT in Beijing with the Theatre of Zagabria.

He sang AIDA and TURANDOT with Arena of Verona, he also sang AIDA at the Teatro Lirico of Cagliari

PAGLIACCI at the Teatro La Fenice of Venezia , Opera House of Rome and Cagliari

AIDA and TOSCA at the New Israeli Opera

TURANDOT, PAGLIACCI and ANDREA CHENIER in Santiago del Chile in Theater Carlo Felice of Genova, at the Puccini Festival in Torre del Lago